Airline Pilot fatigue: many fall asleep at the controls 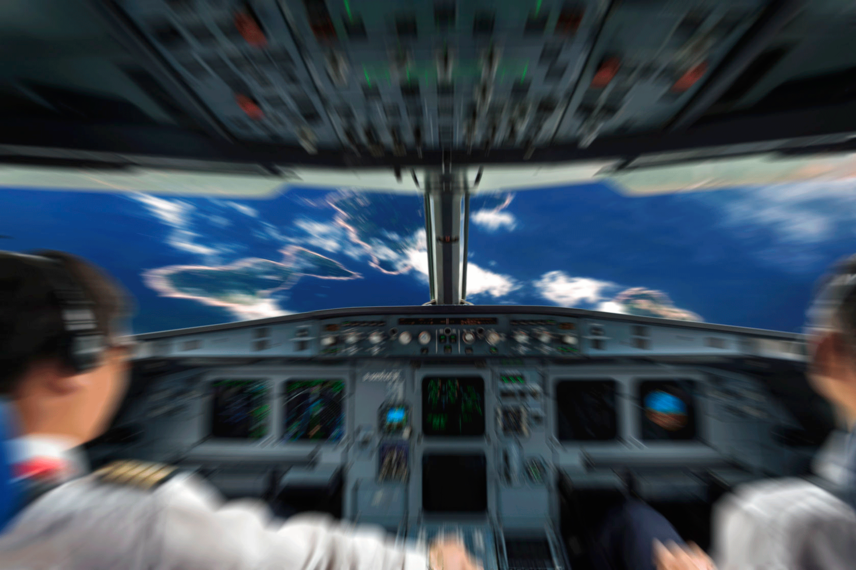 The issue of pilot fatigue has a long history of discussion, debate and regulation, but we are still hearing pilots complaining about it. It isn’t going away and it’s probably getting worse. Although flying is relatively safe, there is plenty of evidence that, with a commercial flight taking off somewhere in the world, every second of every day, pilot fatigue is a growing concern. And with air traffic projected to approximately double by 2020, the fatigue phenomenon is of major importance.

With air traffic projected to double by 2020, pilot fatigue is of major concern

Regular sleep pattern disruption, long working hours, stress and tight rostering schedules combine to create a perfect storm in terms of vulnerability to any and all of the negative health effects associated with shift work and circadian rhythm disruption. Unfortunately, as airlines struggle to turn a profit in an increasingly competitive market, pilots and crews find themselves under pressure to work when they really should not be working. The body doesn’t lie and the effects of these pressures cannot be argued away or justified through regulatory or legal means. When fatigue sets in, it’s a fact that has to be dealt with immediately in order to preserve health, prevent accidents and save lives.

How safe do you feel when flying?

According to a survey contained in a 2012 report by the European Cockpit Association (ECA):

Despite these disturbing facts, due to fear of disciplinary actions or stigmatization by their employer or colleagues, 70-80% of fatigued pilots would not file a fatigue report or declare to be unfit to fly. Only 20-30% will report unfit for duty or file a report under such an occurrence.

70-80% of fatigued pilots would not file a fatigue report or declare to be unfit to fly.

Rules and regulations are ineffective

Even having been alerted to these issues, the wheels of industry turn disturbingly slowly. In the year following publication of the ECA report, two airline pilots on a long haul flight both fell asleep, leaving the plane on autopilot and no-one to take control in the event of an emergency. Some airlines allow ‘controlled napping’ agreements between the pilot and second pilot to alleviate the effects of sudden fatigue, but in this case, both pilots had only slept for five hours prior to the flight and neither of them could keep awake just two hours into the flight.

However, it’s not just the length of time pilots must sleep in order to be alert and effective that needs to be taken into account. It’s the restorative nature of sleep that is compromised when their circadian rhythm is disrupted. And the scientifically based, internationally agreed, European-Parliament-sanctioned Flight Time Limitations (FTL) rules have been widely criticized for containing safety loopholes. Academic theory and politicians’ opinions are no match for personal experience.

A wake up call

The list of fatal crashes that have been attributed to pilot fatigue is long. In 2016, leaked documents on the Flydubai flight 981 crash in Russia, revealed that pilots working for this relatively new, low-cost airline, are routinely ‘pushed too hard’ and pressured into working overtime when they should be recuperating. David Learmont, Operations and Safety editor of the industry publication, Flight International, has catalogued many other examples that have taken place since 1993. Typical report findings conclude that impaired judgment, decision-making and flying abilities due to the effects of fatigue, circadian rhythm disruption and long working hours were to blame.

Addressing fatigue at its root cause

Given the commercial, job and health pressures that pilots must continue to endure, how can they protect themselves, their crew and their passengers, should they find themselves in situations where their performance may be compromised? Since the body’s circadian rhythm cannot be changed (it does it’s job perfectly, when allowed to – just as nature intended), measures must be taken to support the body through any disruption that it is put through. This can be done with natural products such as AWAKE and ASLEEP, which are specifically designed to mitigate the effects of shift work without being addictive and without using such unhelpful stimulants as caffeine.

The rapid time zone changes that pilots experience on long haul flights are some of the greatest stressors and have the greatest detrimental effect on the body’s circadian rhythm, with fatigue (and its associated effects on alertness and cognition) being the most debilitating symptom. Caffeine only masks the symptom for a short while but, overall, does more damage than good. Snacking and typical airline meals don’t provide the necessary ingredients for the body to fight the symptoms either. So, properly formulated (and Health Canada approved) natural products like AWAKE and ASLEEP, that are designed to support the body to cope with these unnatural demands on it, are necessary. AWAKE is designed to promote alertness and good health. ASLEEP is designed to promote restorative sleep. Products such as these are the only way to get to the root cause of the problem and start the process of recovery and restoration.

Try AWAKE and ASLEEP FREE  for one month!

AWAKE and ASLEEP are new on the market and can be purchased online at https://shiftworkershealth.com

However, the company is keen to hear from professionals such as pilots and others who do shift work, as to the specific benefits that they get from using them, and are offering a full month’s free supply for participation in a non-clinical trial.

Click here to find out more and start the trial.